The Brethren from St John Corstorphine No.788 S.C. were invited to attend the Installation Ceremony of Lodge Argent No.9824 E.C. in Cramlington on Saturday 1st September 2012.

Pictured here are Past Masters Calum Stewart and Fraser Gaunt from St John Corstorphine enjoying their evening, after having been made Honorary Members of Lodge Argent.

Brother Wallace Bruce Stewart celebrated his 84th Birthday on the 8th March 2012 with a birthday dinner at Mackenzie’s restaurant on the 9th March.

Wallace was accompanied by his long standing friend…. who was able to keep him right and read his birthday cards to him and there were 14 other guests who all had a really nice enjoyable evening.

Brother Wallace Bruce Stewart, a Past Master of Lodge St John Corstorphine No.788 was initiated on the 9th April 1959 was presented with his 50-year diploma on the 23rd April 2009.

Wallace still attends every meeting and plays an active part delivering ritual and acting as Director of Ceremonies on occasions. He is also a prolific visitor within the Provence and beyond.

For the first time in a number of years, Lodge St John Corstorphine No.788 had the opportunity to lay a wreath at the War Memorial in Corstorphine Village. 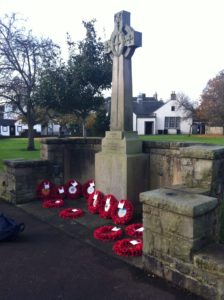 The Service was headed by Rev Moira McDonald who is the Minister of Corstorphine Old Parish Church and aided by some very fine speakers, a bugle player for “The Last Post” and a piper for “The Flowers of the Forest”, the traditional lament for fallen forces in the Commonwealth. 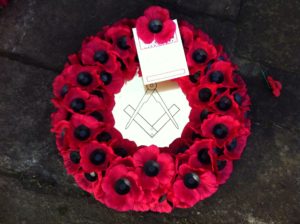 Remembrance Day, Poppy Day or Armistice Day is observed in most Commonwealth countries at 11am on the 11th Day of the 11th Month to mark the official end of the hostilities of World War One, and also at 11am on the Sunday nearest that day.

The Poppy has become a familiar emblem of Remembrance Day due to the poem “In Flanders Fields” where the poppies bloomed in some of the worst Battlefields of Flanders in World War 1.

In Flanders fields the poppies blow

Between the crosses, row on row,

That mark our place; and in the sky

Scarce heard amid the guns below.

We are the Dead. Short days ago

Loved and were loved, and now we lie,

Take up our quarrel with the foe:

To you from failing hands we throw

The torch; be yours to hold it high.

If ye break faith with us who die

We shall not sleep, though poppies grow

In good masonic style, the Lodge rooms at Kirk Loan in Corstorphine were open and serving Teas, Coffee, Cakes and Biscuits to anyone in need of refreshment on the day.

Many thanks go to our Teas Maid Sean Cairns and his wife Lee Cairns and friend Ruth Cameron for all the wonderful home baking provided on the day. If you’ve missed it this year, then make a note in your diary for Remembrance Day 2012.

On Sunday, 11th December Freemasons’ Hall will be the venue for a Christmas Concert by the Glasgow Phoenix Choir. 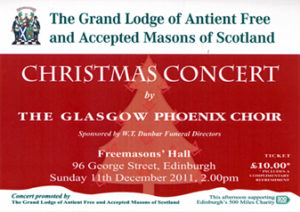 Those of you who have heard this choir before will know that they have a huge repertoire and always deliver a great performance. The concert commences at 2.00 PM in the Grand Hall.

Tickets cost £10.00 each and are available from Freemasons’ Hall, 96 George Street, Edinburgh, EH2 3DH. Please make cheques out to

The Grand Lodge of Scotland. Or call 0131 225 5577. Credit and Debit cards (not American Express) are accepted. You are also welcome to call in to pay for and collect tickets. Please note that these are sold on a first come first served basis and are already being snapped up so don’t delay.

The concert is is in support of Edinburgh’s 500 Miles Charity and is sponsored by W. T. Dunbar.

Our R.W.M. Bro. Edward Kelly has passed on the following information regarding this years visit to Lodge Thistle & Saltire in Berlin.

The meeting will be held on Sat 26 Nov 2011 and. Travel is by Flight Glasgow to Schonefeld on Fri 25th Nov, stay 3 Nights and return on Mon 28 Nov.

Travelling on Fri 25 Nov on Easyjet Flight no 6823

Travelling from Schonefeld to Berlin, by either road or rail.

Fri 25 Nov by either road or rail. Schonefeld/Berlin

Travelling on Mon 25 Nov on Easyjet Flight no 6824

Anyone interested in attending should book onto the above Web Sites and book flights and accommodation as soon as possible as seats on the flight are booked well in advance.  Anyone seeking assistance or further information should speak to Ned.

The Brethren should take note that there are two social events which have been organised and are happening soon.

This event is taking place on Friday 18th November at Kirkliston 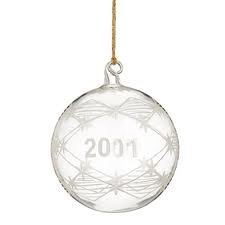 Bowling Club. Tickets which are priced at £20.00 and will be made available at our next meeting for all Brethren wishing to attend. There are a limited number of tickets being allocated to each Lodge and any unsold tickets must be released on 27th October to allow time for them to be reallocated.

There will be a Raffle or Tombola held on the evening and both Lodges welcome the donation of prizes.

The Burns Supper taking place in Friday 27th January 2012 is no longer a joint venture with Kirkliston Maitland No.482 but it is hoped it will still 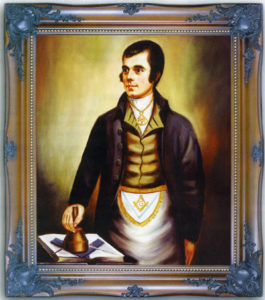 be well supported by both lodges.

The venue has now been changed to Kirkliston Bowling Club, which will be their new ‘Home’ starting with their Installation on 11th February 2012.

Donations of Raffle/Tombola prizes will be gratefully received.

Several of the Brethren from Lodge St John Corstorphine No.788 travelled to Cramlington in Northumberland on Saturday 3rd September to witness the Installation of Office Bearers at Lodge Arcot No.7000 on the Roll of the United Grand Lodge of England.

After the Installation the Brethren relaxed in the comforts of a local Italian restaurant before making the return journey home again.

A Perfect Harmony from Fish

On August 4th 2011, Bro. Stuart Murray, Bro. George Glendinning, Bro. Chris Veal and myself Bro. George Veal all went to a very special event being hosted in Dalkeith Kilwinning No.10.

This wasn’t a masonic event and was open to all members of the public, but special it was indeed as Fish was playing a concert at No.10 to raise funds for the Lodge.

Well, Fish, who used to be the front man for 80’s rock band Marillion is actually a local guy called Derek Dick and it turns out Derek joined Lodge Dalkeith Kilwinning No.10 as a Lewis and overall there are 110 years of Masonic history in his family.

The concert was absolutely fantastic and was part of his current Fish Heads Acoustic tour where he has teamed up with Frank Usher on Guitar and Foss Paterson on Keyboards. Although it might sound a bit limited, the performance was powerful and really highlighted the talent of all involved – including the sound man (Fairy Tale Creature) who joined Fish in a chorus at the end.

The tour is in it’s Scottish Phase where he/they will be playing a fantastic range of venues all over before returning to Edinburgh before Christmas.

Well done Fish & Co, and well done with the Fund Raising at number 10.

The special event jointly hosted by Lodge St John Corstorphine No.788 and Castle Park Royal Arch Chapter No.520 proved to be a great success.

The two main events of the evening were to confer Honorary Membership on Bro. Barry Nutley who is the Right Worshipful Immediate Past Provincial Grand Master of Midlothian, and also to receive a demonstration of the  Lecture on the Building of King Soloman’s Temple.

Both events were very well received by the Brethren and Companions who attended.

On the evening, our R.W.M. Bro. Calum Stewart presented a cheque to the Cleveleys Mark Lodge for the sum of £500.00 for their charity and an additional £250.00 was raised for CCLASP (Children with Cancer Leukaemia Advice Support for Parents) which is the charity of choice for the next 18 months in the Province of Midlothian.

On the evening we were treated to a very fine 3 course meal which included Roadside Soup and of Course, Haggis, Neeps and Tatties. We had a fantastic ‘Immortal Memory’ of Burns and Holy Willie was so good you would have believed you had just been transported to the 18th Century.

The north coast of Japan was hit by a horrible tsunami after a 9.0 magnitude earthquake that occurred 80 miles offshore. As our Secretary said in an E-Mail, the Japanese people are so proud and dignified and taking it all with such great courage.

Bro. Chris Syme has suggested the following link to assist you in making a donation to this worthy cause.

Building of King Solomon’s Temple by Cleveleys Lodge of Mark Masons No.1176 E.C.

Lodge St John Corstorphine No.788 and Castle Park Royal Arch Chapter No.520 are hosting the Building of King Solomon’s Temple within our premises at Kirk Loan, Edinburgh on Saturday 2nd April 2011.

The Lecture and Demonstration of the Building of the Temple is a very prestigious and rare event and both the Lodge and Chapter would like to give as many people as possible the opportunity to witness this experience as possible.

The Lecture was devised and presented as a one off by the late Bro. Sydney Bates in 1983, but due to demand has now been performed over 500 times throughout the UK and in some parts of Europe, raising in the process large amounts of money for charity.

The Lecture starts with readings from significant areas of the Bible, and continues with information on various parts of the Temple and methods of manufacture whilst a one-thirtieth scale version of King

Solomon’s Temple is being constructed.

This is a ticketed event which starts at 5.00pm on Saturday 2nd April. Tickets cost £10.00 each and are available from our Lodge Secretary and Chapter Treasurer and include a meal after the Lecture.