Today – 15th October 2013 will be etched in the history of the Corstorphine Public Hall Company.

It was on this day that a fire started and engulfed most of the building, including the Temple for the Masonic Lodge – St John Corstorphine No.788 and Castle Park Royal Arch Chapter No.520.

St John Corstorphine was formed in 1892 and held all their meetings within this building until with the last meeting being held on Thursday 10th October 2013 – a First Degree for a candidate keen to progress through his steps in Freemasonry. This will be a huge personal loss for the Lodge in terms of sentimental and historic value.

Media reports say that the fire was most likely to have been started by an electric heater housed in another part of the building which was unoccupied at the time – allowing the fire to take hold.

Members of the Provingce of Midlothian and their families completed a Charity walk on Saturday 5th October 2013. The walk was 10Km and started from the premises of Colinton & Currie No. 1029 and took the walkers through one of the routes within the Pentland Hills Regional Park to the Threipmiur Reservoir and back.

Thanks to the efforts made, it is estimated that a sum of £2500.00 was raised for SANDS – The Stillborn and Neonatal Death Charity.

A posting was made some time ago regards the Sponsored Walk by the Midlothian Province in aid of SANDS – the Stillborn and Neonatal Death Charity.  The walk will be 10Km and will commence from the premises of Lodge Colinton & Currie No.1029 at 9.30am on Saturday 5th October 2013.

The route will take walkers into the Pentland Hills Regional Park to the Threipmuir Reservoir and back.

This is a family day so please bring Wives and Children to join you on this scenic walk in aid of a very good cause. Once you return you will be able to have some refreshments which is being laid on by Lodge Colinton & Currie.

If you are not able to attend the walk yourself, please remeber that
you can always contribute by Sponsoring someone who is doing the
walk.

Deputation to Cupar No.19

On Saturday 10th August 2013, Lodge St John Corstorphine No.788 were invited to attend a special Deputation to the 300 year old Lodge Coupar O’ Fife No.19, where they had been asked to carry out a Fellowcraft Degree.

The evening was well attended and the Brethren were very warmly welcomed – and the degree work went very well – the first of the season with all the Office Bearers in their newly promoted positions.

Lodge Coupar o’ Fife can trace it’s roots back more than 300 years. At the formation of The Grand Lodge of Scotland in 1736, the Master Dr John Moncrieff, and his two wardens John Ross & John Sheen, made the trek to Edinburgh to represent the Lodge.

Nowadays a trip to Edinburgh can be made quite comfortably by car, bus or train in less than an hour, but over 250 years ago these brethren faced a long journey by stage-coach and ferry to reach the Capital.

For some reason the Charter from The Grand Lodge of Scotland was not obtained in 1736, but some years later on 6th February 1758. The charter itself mentions that the Lodge had been known to exist for at least 100 years before then.

Bro. Russell Smith had moved to North Berwick a number of years ago when his children were young and due to family and work commitments has found it difficult to continue to visit his Mother Lodge which would involve a round trip of over 60 miles.

As it was his 50 year anniversary, our newly Installed Master Bro. Sean Cairns and IPM Bro. Edward Kelly went to visit Bro. Russell at home to present him with his 50 Year Diploma, and are happy to report that he is in good health and enjoying his retirement with his wife in sunny North Berwick.

Bro. Russell explained to us, that his name is on the Master’s Board in the Lodge for the more eagle eyed members to see. It is in fact on the presentation plaque as it was he and his father Tam (who was a carpenter) who presented it to the Lodge.

A discussion took place of the many fond memories he holds of Lodge St John Corstorphine 788 and he asked us to convey his Warmest Fraternal Greetings to the members of the Lodge and hopes to visit us after the recess.

One thing is for sure, Bro. Russell will be made most welcome when he visits his Mother Lodge once again.

The Provincial Grand Lodge of Midlothian are organising a sponsored walk in October 2013.

Below is the communication from the Provincial Grand Secretary Bro. Robert Reid Law.

Warm fraternal greetings from the Provincial Grand Lodge of Midlothian.

The Provincial Grand Master wishes to have a small charity drive from October to March 2014 running up to him demitting office and two charities have been selected to receive donations, The Stillbirth and Neonatal Death Charity supporting anyone affected by the death of a baby and Richmond Hope who support young children who have lost a loved one.

Provincial Grand Lodge is organising a sponsored walk and sponsor forms were available at the last quarterly communication. The uptake on these forms was rather slow and I have attached a copy of the form for anyone who may wish to take part in the walk.

After the magnificent response his main charity drive he is sure that the brethren of the Province will get out their hiking boots on the 5th October and be there to help raise funds for these two worthy charities.

Further details will be issued nearer the event and will be published on the PGLM Website. I will also have forms with me should brethren wish to ask.

Bro. Alex Scott has often lamented about his collection of Special Malt Whisky and has often invited some of the Brethren to pop round to sample a few, however the Brethren hadn’t taken up the offer as it seemed like they were taking advantage of Alex’s good nature.

Brother Alex then came up with the idea of holding a Whisky sampling night where the invited guests would each pay £25.00 for the pleasure, and Bro. Alex would then donate the proceeds from the evening back to the Lodge.

On 22nd March 2013, Derek Syme, Christopher Syme, George Veal, Christopher Veal, Alistair Davidson and Kevin Brady met at Alex’s home and were well and truly treated to a fantastic night of Whisky sampling and a meal laid on by his good lady Mary. 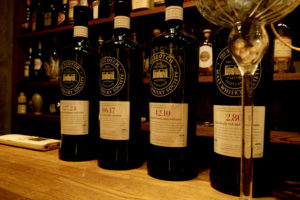 With regards to the £25.00 fee.  All the guests agreed they had had their moneys worth with the first nip of Malt, being a 40 year old Speyside Malt, exclusively bottled for the Malt Whisky Society.

Even when Alex eventually put away his Malt Whisky Society collection, we were invited to try various other Malts such as Glenrothes, Glenfiddich and Glenlivet – all of various ages.

Many thanks go to Alex and Mary Scott for the fantastic evening they treated us to and for the £200.00 which was subsequently donated to Lodge St John Costorphine No.788.

Special thanks also go to Bro. Robert McKenzie who picked up the party goers in the small hours of the morning and dropped them safely back home.

As our Lodge Secretary said, “If you get an invite to attend one of these rare evenings – the answer is a definite YES!”

Lodge St John Corstorphine No.788 were invited to bring a Deputation down to Lodge Argent No.9824 E.C. who meet in the Cramlington Masonic Halls on Saturday 8th March 2013.

We were asked to carry out a Master Mason’s Degree and of course, had great pleasure in doing so.

The Degree work was well received by the Brethren of not only Lodge Argent, but also by the visitors they had attracted on the night.

We were very warmly welcomed and were treated to a fantastic meal and refreshments after the Degree work, and a big thank you goes out from Lodge St John for that.

Lodge Argent 9824 E.C. have been invited to our Annual Installation on Saturday 11th May 2013 where we hope to return the favour and some of the hospitality.

Special thanks go to Bro. Steven Foreshaw for driving the bus on behalf of the Lodge. He put in a very long shift which was really well appreciated by all at the Lodge.

Not only did we Initiate two new Candidates – Alistair Davidson and Ian Todd, but seven of the Brethren gave a combined effort to Toast the Haggis and followed this up by the usual toasts and speeches.

We had “Rundle Station Master” – an excellent rendition of My Mother Lodge by Bro. Rudyard Kipling performed

We had 52 Brethren sign the attendance book, which for a small Lodge who hadn’t invited any Deputations, was absolutely excellent and very well appreciated.

On Behalf of all from Lodge St John Corstorphine No.788, we had a great night doing our thing – and hopefully you all enjoyed it too.

For the first time in many years, Lodge St John Corstorphine No.788 will be holding a Children’s Christmas Party which will be conducted by Mighty Mac & Louise. 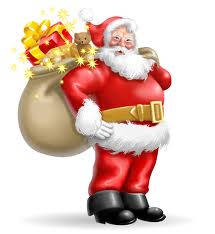 The Party will be on Saturday 22nd December 2012 at 2.30pm and there will be a fun show, party games and mini disco. While the kids stop for snacks and refreshments half way through, Mighty Mac & Louise will continue with balloon modelling and face painting.

Even Santa Claus himself will be making a special appearance, and will take the opportunity of handing out some gifts! 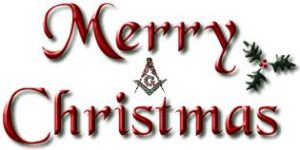 It was an absolute honour and a privelage to accompany Bro. Bill Boland P.M. of The Celtic Lodge No.291 on the presentation of a cheque for £1000.00 for The Royal Blind School , Canaan Lane Edinburgh on Thursday 6th September.

Where’s the link to Lodge St John Corstorphine I hear you ask?

I am a Foster Carer for a child (young man now) who has been attending The Royal Blind School in Edinburgh for the last 13 years, since he was 4 years old.

I also set up a web site for The Celtic Lodge and have worked with Bro. Bill Boland since then giving him help and assistance whenever necessary as he updates the site with the huge history associated with the lodge.

Through various conversations, Bill was aware of the situation with the school and felt it would be a good and worthy Charity to receive a donation.

Sally has already intimated that the funds will be used to continue purchasing the fabulous resource known as The Clown Doctors.

As well as visiting the School, The Clown Doctors visit people in Hospital, Hospice, Residential and Special Care to spread their happiness through the use of songs, music and good old fashioned fun.

It’s a great resource that is well appreciated by the pupils of The Royal Blind School and it’s fantastic that The Celtic Lodge are making it possible for the purchase of this resource to continue.